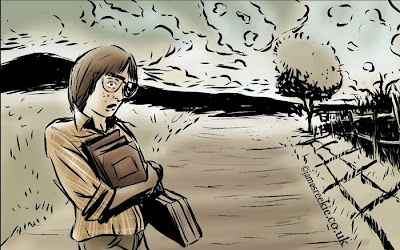 So, the other project to come out of my initial round of pitch page promotion was a one shot on the "Vincent Price Presents" series for Bluewater Productions. The issue I've now completed for them is "The Effigy", written by Paul J. Salamoff, and is a classic slice of American small town horror. Scarecrows, cornfields, bullying... all the good stuff! 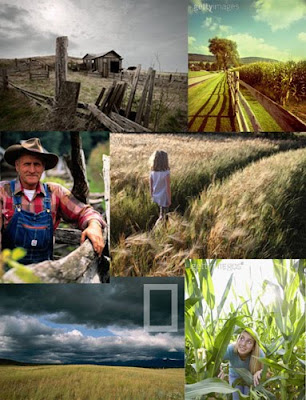 Inspiration and reference
One of the major discoveries I've had since starting this comic book journey is something I suspected, but perhaps I should have known. Producing lots of images on one page is just like producing one image. The process is exactly the same. Reference, sketch, final artwork. The only difference is you have to do 10 images across a spread over a couple days. As soon as you make any less effort with a panel than you would for any single image then the art suffers.
If you have a strong process as an illustrator I've found you don't tend to panic... or a least you panic less! You simply drop into your system and knuckle down. All the art for this book was 100% digital, sketched and inked in Manga Studio, coloured in Photoshop using a graphics tablet.
I always produce tonal roughs (thanks "classical" Illustration degree) as it really helps with composition and with the colour stage. 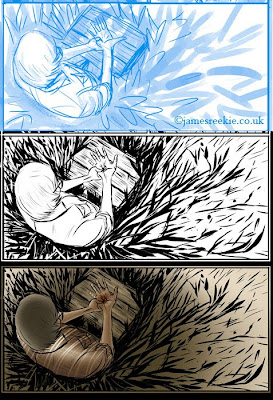 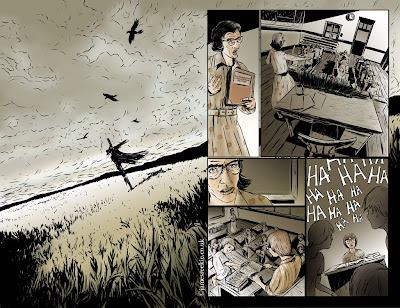 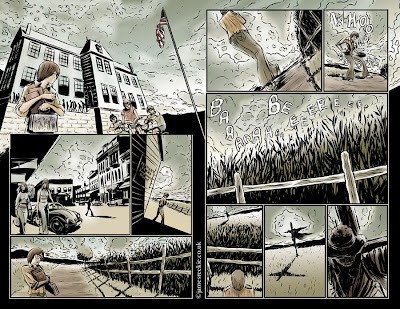 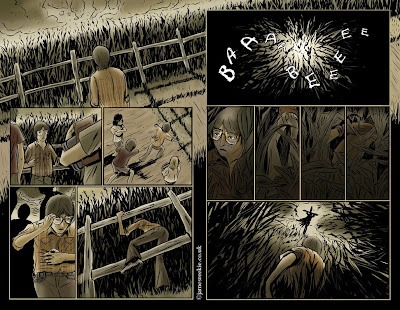 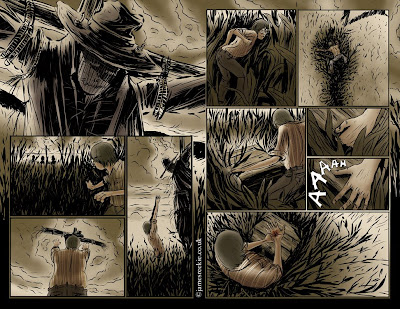 Hopefully no spoilers there! The pages are currently being lettered and I'll let you know when the book's coming out.
Posted by Reeko at 06:15