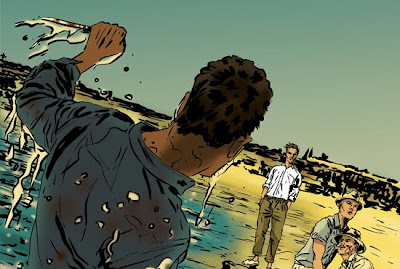 Crop from "The Outsider–2", line art in Manga Studio, colour in Photoshop.
Right at the beginning of this year I put aside a couple of days to enter The House of Illustration and the Folio Society's inaugural competition. The prize was a commission to illustrate a new edition of "The Outsider" by Albert Camus.
Wikipedia summarises the book thusly.
"The title character is Meursault, an Algerian ("a citizen of France domiciled in North Africa, a man of the Mediterranean, an homme du midi yet one who hardly partakes of the traditional Mediterranean culture") who seemingly irrationally kills an Arab man whom he recognises in French Algiers. The story is divided into Parts One and Two: Meursault's first-person narrative view before and after the murder, respectively."
For the entry to the competition you had to submit 3 final pieces and if successful, create art for 7 images. As I read the book over Christmas I thumbnailed out likely scenes in my sketchbook as I went. Sadly I can't show you these as I am in the middle of a house move and that sketchbook is at the bottom of a box somewhere!
With the images plotted out I dived straight into research. 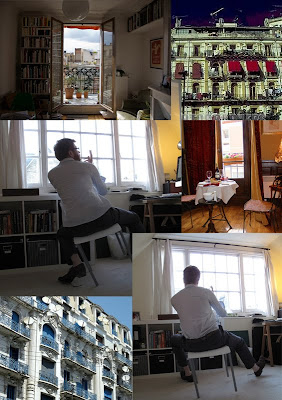 Reference imagery for "The Outsider – 1"
When illustrating books, I don't want to draw all the details of the scenes as I feel, especially being a more "realistic" artist, that it's important not to take away from the reader's imagination. What I wanted to achieve was the isolation of the main character in each scene, but not sadness as the isolation is his choice. The other aim of the images was to translate the heat of Algiers through the illustrations. 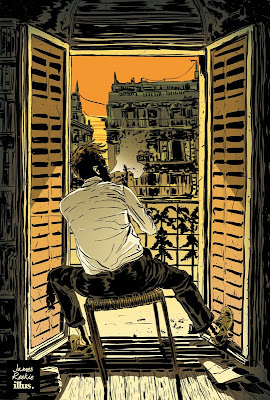 Final Art for "The Outsider–1". Line art in Manga Studio, colour in Photoshop. 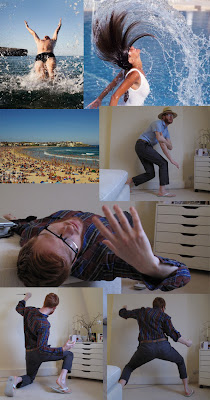 Reference imagery for "The Outsider – 2" 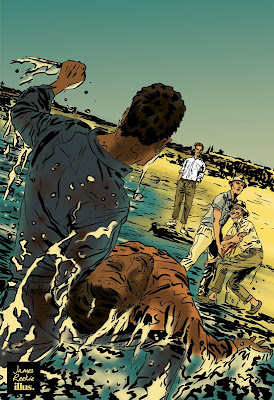 Final Art for "The Outsider–2". Line art in Manga Studio, colour in Photoshop. 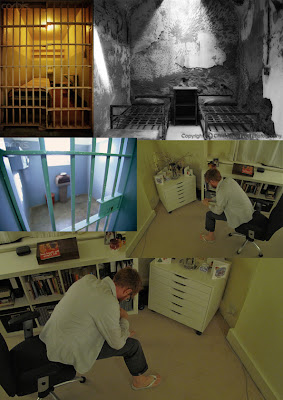 Reference imagery for "The Outsider – 3" 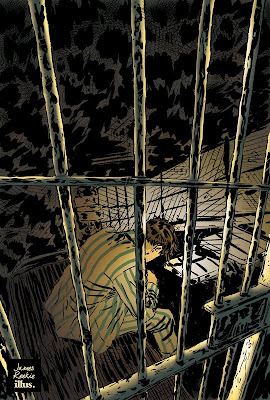 Final Art for "The Outsider–3". Line art in Manga Studio, colour in Photoshop.
Though the winner has not yet been announced, I have been informed that it wasn't me! I thoroughly enjoyed producing the art for these and I would probably have never read the wonderful book without the competition.
Have a great week!
Posted by Reeko at 08:12