You've got to be in it to win it

The first email of 2009 was from my good friend Tom Gaul (illustrator, designer at Redesign) asking me if I was free to work on a comic book for Enfield council. "A comic strip you say? Tell me more..."

The strip supports the "You've got to be in it to win it" campaign to get kids to stay in school. I believe it goes into schools as part of a teaching pack or similar (when I actually get the real thing I'm sure it'll make perfect sense!). We developed the two main characters based on the guidelines from the council and style direction from Tom, "Sean" and "Samera". 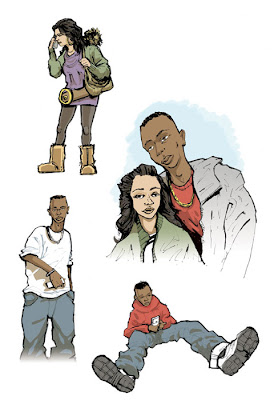 The script for the strip that came through from the council was written in more of a film or stage script style than a comic book format. It was mainly dialogue and "boys in playground, Sean says" stuff. That was fine, but it meant that I had to do several roughs to really nail down what was going on and add some bits of dialogue to make things flow a little bit better.

I thumbnailed the 4 pages out, figuring out the panels I would need to get everything in. The final pages are actually pretty close to these inital roughs, bar the cover, which would need a bit more thought as the artwork would be used on posters and adverts for the campaign. 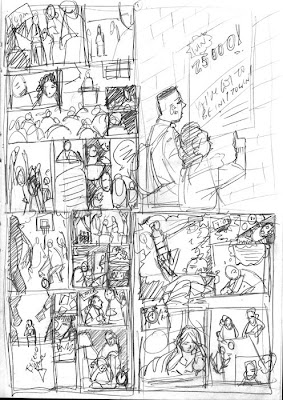 I then pushed on to more detailed roughs to send through to Tom to show him what on earth I was planning on doing. 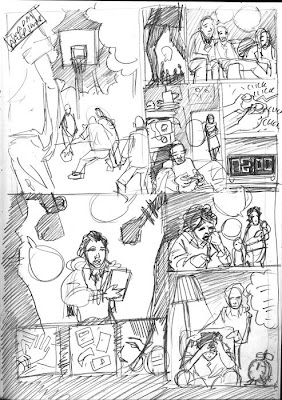 As I had chopped things around a little to make them fit in, we decided that I should go ahead and produce a full pencil rough for the council to approve, complete with all the dialogue. It was quite time consuming but given the script "looseness" it became very helpful in the long run. 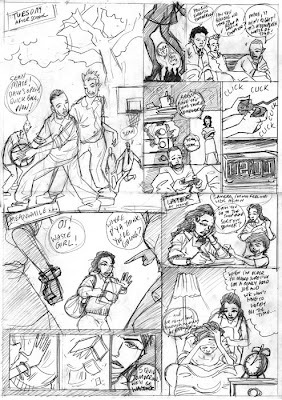 On approval, I then inked the pages. Generally prefering pencil for my illustrations, I would have liked to keep things more textural, but we decided to go with the more "generic" style established in my concepts. 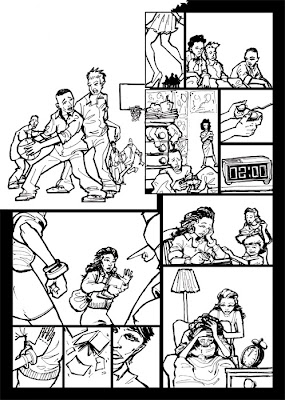 I must admit, I hadn't quite estimated just how long the colouring was going to take. It's pretty simple colouring and toning but for some reason it seemed to take a long time to get right. It was also at this stage that the council asked me to rename "Samera" to "Hannah". 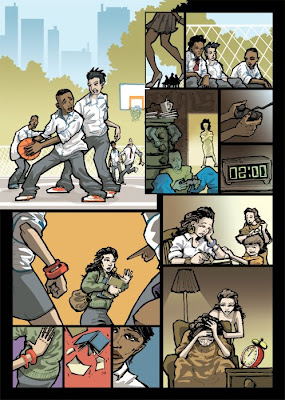 Next up, lettering and playing with the cover. In the end, Tom set the type on the cover over my artwork, the shield design was also his.

Below is the full comic book, if you want to read, click on a page to enlarge. To give you a flavour, I leave with a quote from the supporting material; 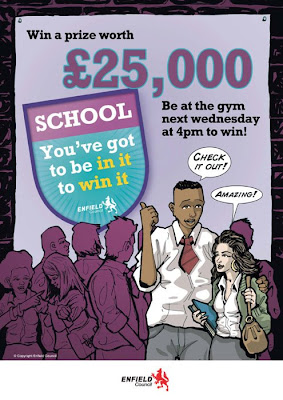 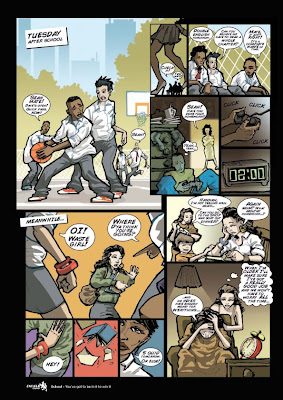 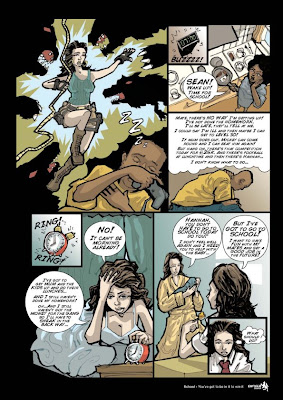 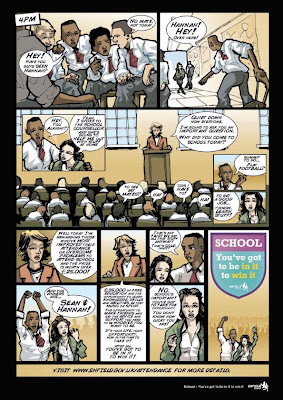