What Ever Happened To The British Summer?

So, there I was, reading my good friend and oft partner-in-crime Mr Owen Jones' blog when I stumbled across a fun little story he'd written entitled "The Boy who Stole the Sun".

Whilst reading and chuckling at his witty tale of explanation as to why we've had another catastrophic summer weather-wise I began to thumbnail the story as if it was a picture book.

Here it is in all it's scribbly scribbleness. Apologies in advance to the author. 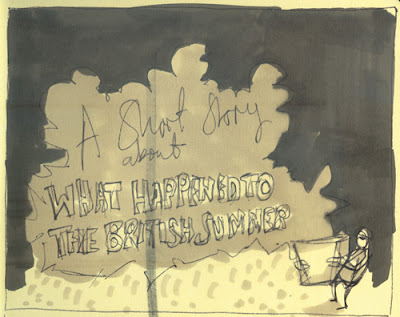 A Short Story About What Happened To The British Summer

or The Boy Who Stole The Sun 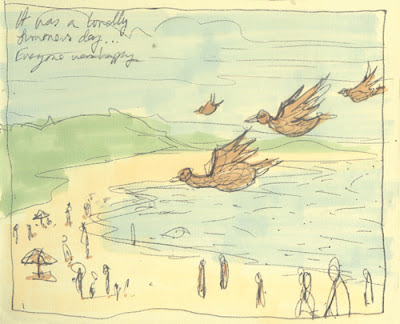 It was a lovely sunny day. Birds were flying around twittering to each other. People were all enjoying themselves, playing games and sunbathing at the beach. Everyone was happy 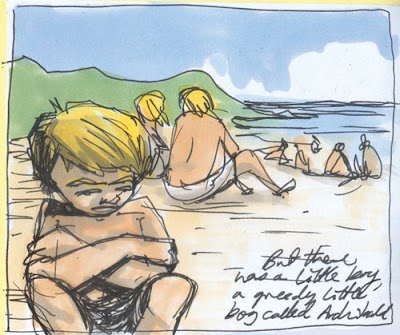 But there was a little boy, a little, greedy boy called Archibald 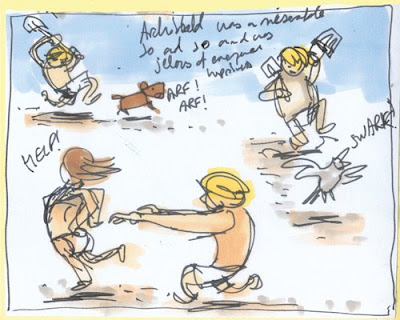 Archibald was a miserable little so and so, and, jealous of everyone’s happiness, ran around generally making a nuisance of himself 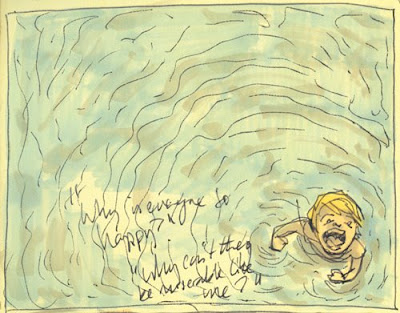 “Why is everyone else so happy?” he moaned. “Why can’t they be wretched and woeful like me?” 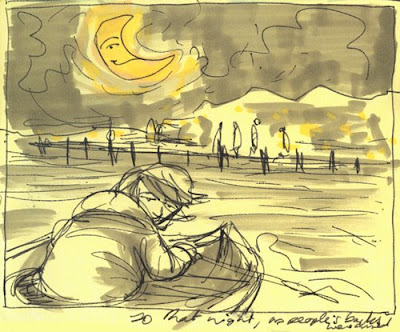 So that night, as people had their backs turned 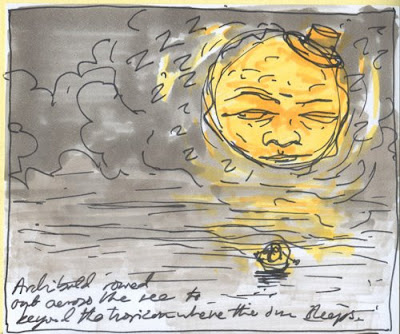 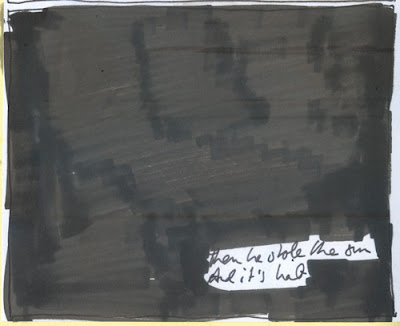 Then he stole the sun (and it’s hat) 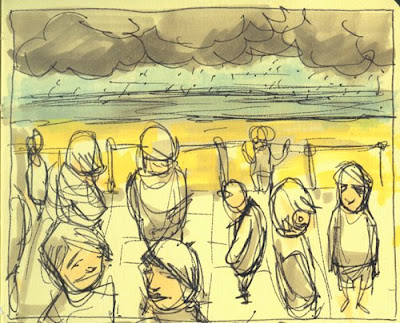 The next morning everyone woke up ready for another exciting day, swimming and making sandcastles. But something was different, something was wrong. Where once the sun had beamed, big black clouds had formed. It had begun to rain 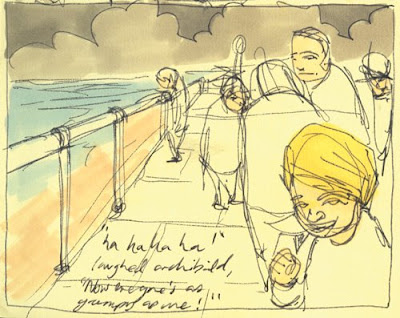 “Hahaha!” laughed Archibald. “Now everyone’s as grumpy as me!” 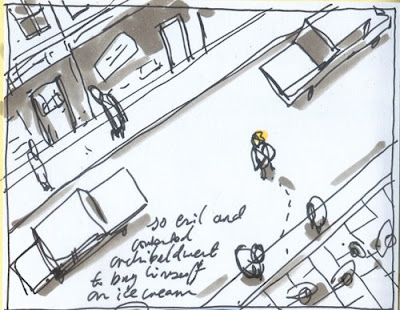 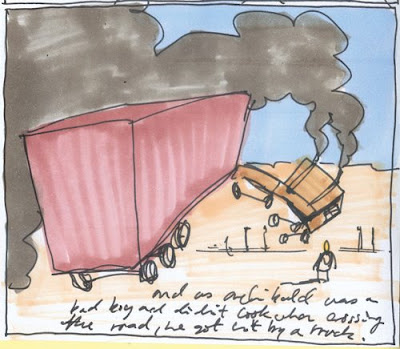 As Achibald was a bad boy and didn't look when crossing the road, he got hit by a big truck 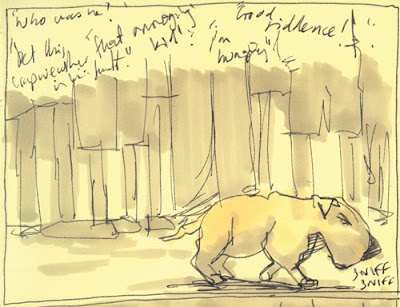 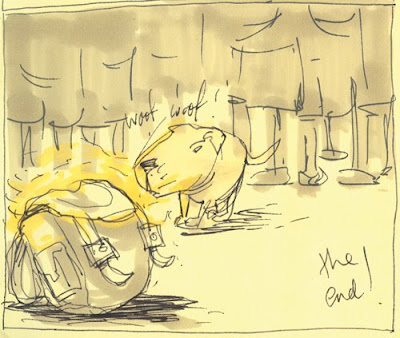